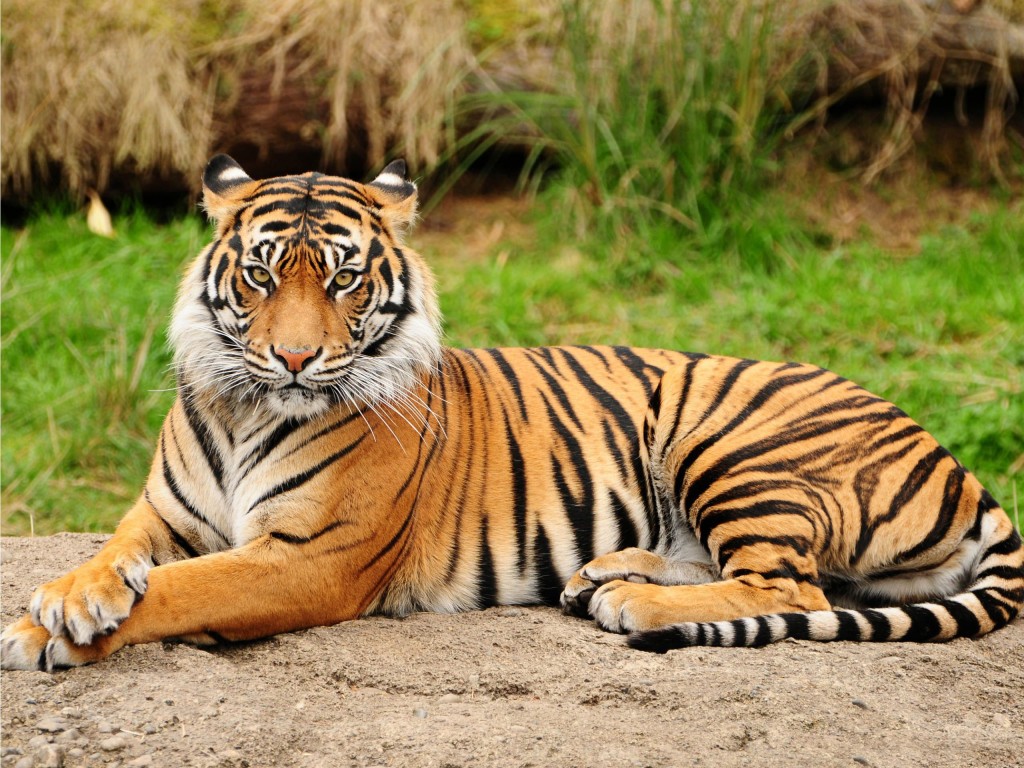 The following story is from Joseph Campbell, great author and scholar who wrote many incredible books on mythology & religion including The Power of Myth, which is an absolute must read in my opinion.  There is so much to be learned from his work of 40+ work in this field.  I’ve always loved this short story – check it out!

A starving and pregnant tigress comes upon a flock of goats and pounces on them with such fervor that she brings about the birth of her little one, as well as her own death. The goats scatter, but soon come back to find the newborn tiger by the side of its dead mother.

The goats adopt the baby tiger and it grows up believing it is a goat. He learns to bleat and eat grass, but the trouble is that grass doesn’t nourish tigers well, and he grows into a weak and miserable member of his own species.

One day, a large male tiger pounces on the flock and the goats scatter. The young tiger, not being a goat, remains standing there. The big male is surprised to find a young tiger living with goats, and when he inquired into it, the young one simply says, “Maaaa.” Mortified, the old tiger swats him back and forth a couple of times, but the only response coming forth was more bleating and grass nibbling.

The old tiger brings the young one to a pond and makes him look at his own reflection for the first time. He leans over and points out to him, “See, you look like me. You’re not a goat. You are a tiger, like me. Be like me!” He then brings the young tiger to his den and shows him bloody chunks of gazelle meat from a recent hunt. Taking a big chunk, he says “Open up and eat this!” “Oh no, I’m a vegetarian,” says the little one. But the old tiger would not take no for an answer, and shoves a piece of red meat down the little one’s throat, causing him to gag a little. Now the real tiger food is in his gut, getting into his blood. Spontaneously, the young one gives a tiger-like stretch, and then a small little tiger roar.

“Now you’ve got it! Now go into the forest and eat tiger food!” says the big one.

Is there something larger than our ego that wants to come through, to demand authenticity and genuineness in the way we live? Are we to cruise onwards toward that inevitable ending, that certain exit on terms that were assumed and purchased for the first half? The second half of life is not a chronological issue, but a psychological one, in which we question what values and paradigms we are living by.

This is a question for each of us, whatever stage of life we’re in – are we tigers living as goats? If the answer is in the affirmative, then a second question – what is good tiger food? In other words, if we are not living as we ought to be, activating our fullest potentials, then what must we do, what would nourish us towards that?

Put tiger food in your tank!!!!